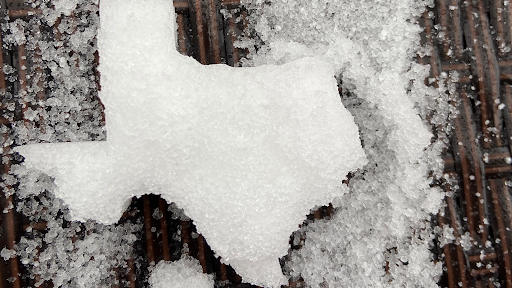 Being lauded as one of the costliest winter weather events in Texas History, the February freeze that struck the Lone Star State has billions in claims piling up quickly. It is expected there will be over a million insurance claims submitted because of the damage caused to property, business, and life after a late-season winter storm struck most of the United States from Texas to Tennessee.

The White House quickly granted Texas Governor Greg Abbott's request to declare 108 counties as disasters after taking the brunt of the damage caused by sub-zero temps and a failed power grid. This means that many insurers are faced with millions of costs for policyholders who were forced from their homes and to hotels, burst pipe claims, commercial business losses due to disrupted electricity, and hazardous roadways.

Current estimated losses calculated by the Insurance Council of Texas are forecasted to surpass Hurricane Harvey's $20 billion price tag in 2017. Risk assessment firms, like Karen Clark & Co., have predicted overall damage claims across affected states to be nearer to $18 billion, with averages expected to be at $15,000 per residential incident and $30,000 for commercial entities.

Firms like AIR Worldwide, a Boston risk modeling and data analytics company, caution that these ballpark figures could increase significantly. This is due to aggravating factors like the Electric Reliability Council of Texas (ERCOT) experiencing prolonged power grid failures and potential mold damage claims being made later due to repair demand surges not having enough available workforce. Insurance industry payouts reaching $20 billion is also supported by a recent Bloomberg report that predicts total losses for Texas alone could reach nearly $90 billion for all involved, including utility provider ERCOT.

When winter storm Uri left millions of Texans without power for days, this allowed the extreme icy temps to wreak havoc on residential and commercial plumbing systems. While this extended freeze kept cities like Wako frozen for over 200 consecutive hours, many residents also found themselves in a fight for their lives.

In February, AM Best forecasted that Uri-related claims would concentrate in residential, commercial, and auto insurance business lines. While some of these insurers will be the industry's largest, smaller carriers will face significant losses. This report also noted that at least ten of these insurers have all of their multi-peril property portfolios in Texas, which exposes them to a broader loss scope.

AM Best also predicts further liability for flooding and water damage caused by broken pipes outside of expected property damage claims related to snow and ice damaging homes because of the freeze. This could mean homeowners will rely on hotel stay coverages if their policies include this benefit. Commercial property can expect similar headaches, especially those who deal in perishable goods or product lines with tight contractual deadlines for production and/or delivery of goods.

These situations highlight that not only primary insurers are facing a hefty price tag from this historic winter storm system, but reinsurers too. Auto insurance companies face significant claim demands since traveling on icy roads heightens the risk for accidents.

Liability for Texas Freeze Being Battled Out in the Courts

One way insurers are trying to curb these mounting claims is relying on Texas gross negligence law to shift some of these costs onto parties that played a role in causing some of the damage. In early March, ERCOT quickly became the target of many insurers who felt the power provider was liable for the extensive damage to commercial and residential property owners because of how they handled their grid failure.

The Texas Supreme Court has granted a stay requested by the beleaguered utility service regarding the fifty or more suits filed against them and other potentially culpable entities for the long-term controlled outages. Currently, life insurance carriers have also entered the fray after 111 deaths occurred because of the storm, primarily due to hypothermia related to ERCOT's handling of its grid failures throughout Texas during this winter event.

This action highlights how insurers for ERCOT are avoiding any liability in response to the catastrophic level of losses sustained over Uri's progress across the United States in mid-February. Cincinnati Insurance Company filed a federal lawsuit against their policyholder ERCOT on April 6, claiming it should not be liable for providing legal defense or pay any related damages to property or injuries suffered by the power provider's customers. The insurer insists that the utility service's policy only applies to accident damage and that the losses caused by power outages from Uri were expected and predicted.

The Lone Star State and its population have long been accustomed to natural disasters, including tornadoes and hurricanes, but this last winter storm that froze Texas was unprecedented. Nearly every industry and resident in the state was affected on some level, and now insurers have found themselves overwhelmed with damage and loss claims.

While estimates of the storm's damage seem to vary by insurer market, one thing is sure, none are minor, and nearly half the total expected losses across all affected states are in Texas.

Keep up-to-date on the latest insurance news from this historic winter storm and other trending industry tops with The Bar List insurance network. We always have been and will be a reliable, helpful tool during tumultuous times. Insurance companies can trust that the professionals we list are top quality and experts in their field. So if you're with an insurance company currently being overrun with weather-related claims, know that there are resources available to help ease the burden.

As always, please feel free to reach out for more information or to inquire about a specific insurance sector. We're happy to help and hope to provide some relief during this trying time. Stay safe, everyone!